I am beyond happy to announce that I have been appointed Curator of Artistic Programs at The Clay Studio.  This is precisely the kind of challenging, rewarding position I have been seeking.  Teaching, curating independently and doing research at the Philadelphia Museum of Art have been always been fulfilling, but I have long desired one place where I can focus all my professional energies.  I love all my jobs but am ready to see my work make an observable difference helping to move one institution forward.
The Clay Studio is on the verge of some major changes that will be great for the institution, important to the artists who are nurtured there, and a major benefit for the city of Philadelphia.

This Friday is the opening of Bartram’s Boxes: Remix at the Center for Art in Wood.  I am very proud to say my husband, Christopher Storb, has a wonderful piece in the show.  Over the past year, he and Don Miller have been collaborating on Eden on the Schuylkill.

The exhibition at the Center is filled with artworks responding to the house, life and travels of John Bartram.  Please join us this Friday, May 2, 2014 from 5-8pm, to celebrate the work of the many artists involved in the exhibition.

The Spaces They Inhabit

Selections from PAFA’s collection to showcase

the idea of space- literal and figurative-

that artists inhabit and represent in their work.

Curated by the students of the course “Museums: History and Practice”

We’ve Already Changed the Name of the Street, Tezh Modarressi

The students of “Museums: History and Practice,” are pleased to inform you of the opening of the first student curated show in the Richard C. von Hess Foundation Works on Paper Gallery, “The Spaces They Inhabit,” April 18, 2014- June 22, 2014. Twenty-seven students under the guidance of art history faculty Jennifer Zwilling were able to select works from the institution’s vast collection of works on paper to showcase the idea of space – literal and figurative, that artists inhabit and represent in their work.

Featured in “The Spaces They Inhabit” are a wide range of artists from current and former PAFA faculty and students to Andy Warhol and Mark Rothko. With such a diverse group of young artists at the helm of this project the visitor is given a unique view of the intimate idea of the artist’s space.

The student curators were excited to include the work of contemporary artists whom they admire, such as, Thelma Grobes, Vija Celmins, Nona Hershey, Jeanne Jaffe, Evan Summer, John Dowell, Kevin Llewellen and Tezh Modarressi. They were especially enthusiastic about including two of their current professors, Bruce Samuelson and Dan Miller.

We apologize for the late notice, but please join us for the opening reception of “The Spaces They Inhabit” on Thursday, April 24 5:30- 7:30 PM at The Pennsylvania Academy of the Fine Arts, in the Richard C. von Hess Foundation Works on Paper Gallery.

Context Travel is an excellent walking tour company that operates in some of the most exciting cities in the world.  The headquarters are here in Philadelphia and I have the pleasure of serving as a docent for them.

In honor of the centennial of Frank Furness’ death this year there are a plethora of events taking place around the region.  In addition to teaching a class on Furness and 19th Century Architecture at PAFA this semester, the student exhibition is my contribution to the celebration of this genius and his work.

Please join us for the the opening, November 9th from 4-6pm, or come out and see the show in Gallery 128 of the Hamilton Building at the Pennsylvania Academy of the Fine Arts.

Here continues the chronicle of my pursuit of an artistic life – a world combining family, love, history, art and nature.

Speaking of love and family, visit Eden on the Schuykill to see some wonderful images and ideas.

My own new project is: 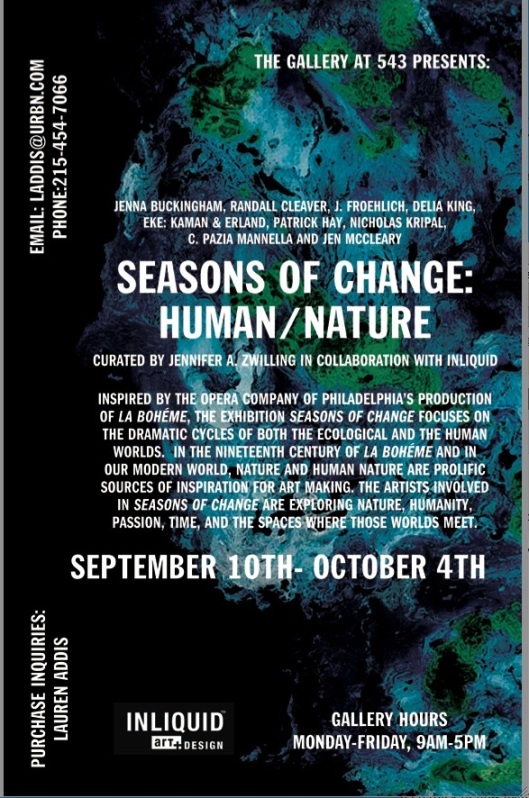 Please join us after work next Thursday to close out Nurture with the artists and friends.

A nap gave me a welcome chance to sit quietly and enjoy the work.

Posted by jenniferzwilling | Filed under Uncategorized

The opening last Saturday was wonderful because of the many friends who came out to support us. We are up and running now, please come visit Thursdays-Saturdays, 11-3. Tomorrow is our first playdate, 1-3pm. There will be a kids art talk and some art making activities.

Posted by jenniferzwilling | Filed under Uncategorized

The passion to construct clothing began early with Likens, she learned to sew and knit from her mother and grandmother and used her young skills to make doll clothes.  Later she made gowns for herself and her sister for school dances, relishing the ability to make something better, more unique and less expensive than what could be found in a store.  This early interest took her to Moore College of Art to study fashion.  When her children were born she found a peaceful refuge in knitting, one activity she felt was truly nurturing to herself, in the midst of a few years mostly dedicated to caring for her young children.  She became driven by the intention to master knitting, traveling to learn from those she admired, building community all along the way.  Her knitting journey came full circle when she was able to pass on her skills to her students, passing on the ability for others to nurture themselves through the process she finds so inspiring.

Process, pattern and color are the main concepts driving the practice of her craft.  The process of shaping three dimensional forms from two dimensional patterns and colors is invigorating.  Her talents for combining color, pattern and form to invoke emotion, inspire thought and provide inspiration are evident in these vibrant designs.